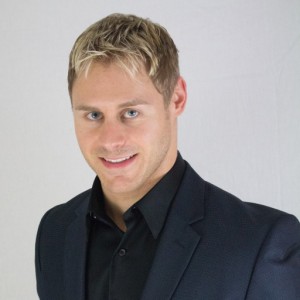 Mote is also a professional bodybuilder and winner of the 2010 Fitness Britain bodybuilding championship and 2nd Runner-up for the 2011 Fitness Universe title.

Mote has been the featured subject of many fitness and chiropractic profession magazines internationally, as he has been published in over two hundred fitness magazines worldwide, including many features and covers. He also had an acting role alongside champion driver Kevin Harvick in a NASCAR Goodyear Tires television commercial, which aired throughout 2014-2015.

Additionally, Dr. Mote has been published in dozens of medical and chiropractic profession publications globally.

Dr. Mote is currently the clinic director and owner of a multi-disciplinary medical clinic near Atlanta, Georgia, USA. He also hosts a talk show, Health Talks with Dr. Corey Mote, on News Talk 730 AM with KYYA Radio in Billings, Montana.

In April of 2016, Dr. Mote announced the release of his first book, Staying Young: Lifestyle Changes for Turning Back the Clock, which covers the various strategies for anti-aging.

Dr. Mote is now working on a second manuscript in collaboration with an orthopedist and sports medicine physician, Syed Naseeruddin, MD. More information on this manuscript is soon to come.